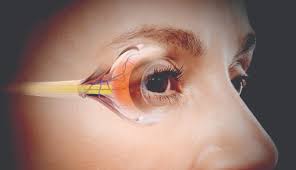 Medical marijuana uses the marijuana plant or chemicals (natural endowements) embedded in it to treat diseases or conditions.

Medical marijuana uses the marijuana plant or chemicals (natural endowements) embedded in it to treat diseases or conditions. It is however basically the same product as recreational marijuana, but it’s taken and used for medical purposes to treat several illnesses. It should be noted that the marijuana plant contains more than 100 different chemicals called cannabinoids each having a different effect on the body. There exist two main marijuana chemicals used in medicine: Delta-9-tetrahydrocannabinol (THC) and cannabidiol (CBD) with THC being the main chemical which produces the “high” people feel when they smoke marijuana or eat foods containing it. One of diseases treated using medical marijuana is glaucoma.

Glaucoma is ranked among the most famous and important reasons for using medical marijuana and is one of the prime reasons for which the federal government once granted permission for medical marijuana use in the United States. After cataracts, glaucoma happens to be the leading cause of blindness worldwide, affecting more than 60 million people. Glaucoma is a disease of the optic nerve in which the cable that carries visual information from the eye to the brain is damaged and can result in vision loss and blindness. Its most common form is known as primary open-angle glaucoma (POAG). It is a slowly progressive disorder that destroys cells in the eye’s retina and damage the optic nerve. These damages constrict the visual field, which eventually disappears, along with the patient’s sight resulting in blindness.

Marijuana and THC reduce intraocular pressure which happens to be a key contributor to glaucoma.

The smoking of marijuana is however one of the commonly discussed and reviewed alternatives for the treatment of glaucoma apart from conventional medicine. This is due to the fact that smoking marijuana does lower the eye pressure. Researches show that marijuana’s effect on eye pressure only lasts 3-4 hours, meaning that to lower the eye pressure around the clock it is advisable to smoke marijuana 6-8 times a day.Other secondary means of administering the active ingredient of marijuana, tetrahydrocannabinol (THC), can be by mouth and under the tongue. These secondary methods permit to avoid the harmful effect of marijuana smoke on the lungs.

The take-home message is that marijuana can considerably lower the eye pressure as such recommending this drug in any form for the treatment of glaucoma at the present time does makes a lot of sense as the effects of cannabis compounds can be isolated, made to be long-acting, and the side effects eliminated

What is marijuana and what is a marijuana strain?

Marijuana as a Natural Medical Treatment

Item added to your cart

Continue Shopping Go To The Cart