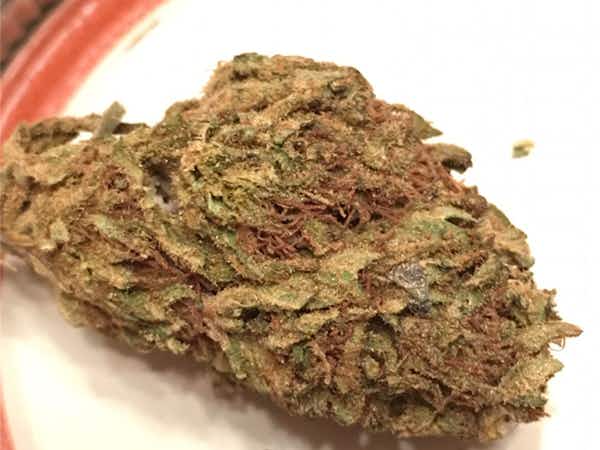 Clinical studies have revealed that high levels of CBD can produce profound therapeutic results, with virtually no high and this has attracted many marijuana lovers as many people in recent years have been requesting breeders to develop strains with a high percentage of CBD. Among these new bred CBD-heavy strains is the now-famous ACDC flower, which has attracted interested from marijuana lovers of all age groups and walks of life. This complete ACDC cannabis strain review elaborates everything you need to know about one of the most popular high-CBD flowers available today such as its effects, its growing tips, and where you can buy it.

What Is ACDC Cannabis strain?

For those who ever heard of the cannabis strain Cannatonic, they will know that this was one of the initial CBD-prominent strains that were bred specifically to assist patients suffering from serious medical conditions. The new thing you might learnt today is the fact that ACDC is actually just a sativa-dominant phenotype of Cannatonic though containing an even lower percentage of THC, making it one of the least psychoactive and most medicinal cannabis strains available in marijuana shelves. This strain has a THC-to-CBD ratio of approximately 1:20, implying  that, if a sample of the weed  was sent into a lab for testing, results should come back with about a 16-24% CBD content and a mere 0.5-1.2% THC content.

ACDC is most certainly not the strain for those who want to smoke weed and get high, the sole of this strain is to experience the healing potential of marijuana, without the mind-altering effects usually accompanied with marijuana. However for those who are sensitive to THC but still want a little bit of the psychoactive sensation, Cannatonic may be a better choice as it has a THC content of around 6%.

The Aroma, Flavor, and Appearance of ACDC Strain

ACDC strain has a very   pleasant aroma, accompanied by prominent notes of earthy sweetness followed by subtle hints of juicy citrus. In terms of   flavor, it is similar to the smell, tasting a little spicy with an overall natural-like sweet tang. It terms of appearance, ACDC strain is actually pretty similar to that of a mossy-style bud, with yellowish green hues and blended hints of orange streaks throughout. The brassy orange pistils of this strain   curl and twist amongst the sugar leaves, which do not appear very frosty as a result of lack of THC content.

ACDC marijuana is a medium height plant, which can grow to about four feet at most. The stricture of its plants is similar to that of the traditional ‘skunk’ strains, with buds grouping together in large bunches known as colas.

Most growers are of the consensus that ACDC weed is fairly challenging to grow, and requires a lot of maintenance for a successful yield. This is because the plant needs immense supports, like a platform it can hang to permit it develop a strong stalk and branches. The crop will also probably need to supplementary minerals such as magnesium calcium.  The strain should also  be shake regularly to bring less stress to the crop as well, and to help improve the cultivation process.

This strain can be grown either indoors or outdoors, but does best indoors as the controlled environment can act as a preventative measure to pests and diseases. Outdoor climate can either be warm or mild to slightly cold for the plant to grow successfully and this can slightly lengthen the flowering time. This strain flowers from 9-10 weeks for both indoors and outdoors crops; with indoor grows yielding approximately 14 ounces of herb per square meter, and outdoors yielding slightly bigger at 16 ounces per plant.

The Effects of ACDC Strain

This strain is  originally bred by Resin Seeds, thus  the sativa-to-indica ratio of this strain  is most often thought to be about 50:50, thus  will produce a really balanced and even-keeled high since it has enough THC to produce  real psychoactive effects, which might not be experienced, but the user may feel a little more relaxed and relieved of stress after smoking or consuming ACDC cannabis which cannot impact your day in a negative manner.

Frequent consumers of this strain have an increased ability to focus and concentrate, as well as an increase in feelings of joy, pleasure, and overall contentment and that it makes it possible to go about day-to-day activities, without feeling any difference in terms of drastic emotional or behavioral change.  ACDC marijuana is very much popular for  its medicinal abilities, which are capable of making life dramatically more comfortable for people suffering  with  serious ailments.

Due to ACDC’s above average CBD content,  ADC cannabis strain has the potential in assisting those who suffer from a variety of serious or debilitating medical conditions, such as : Seizures, Muscle spasms, Nerve pain, Chronic pain, Stress, Paranoia and anxiety, Insomnia, Depression,  PTSD

Many other users can also find some solace with the help of ACDC marijuana, due to its relaxing characteristics and its ability to make users focus for greater periods of time. Equally, this strain tends to bring a light uplifting in mood or demeanor, thus keeping those suffering with mental illnesses away from negative thought patterns that can produce further sadness, stress, anxiety, or depression. Many patients with epilepsy, multiple sclerosis, Parkinson’s disease, and even Multiple Sclerosis have also reported a decrease in symptoms after consuming high-CBD strains like ACDC.

The THC content of the ACDC strain is so low, as such patients and/or recreational smokers who are prone to THC-induced paranoia or anxiousness will not notice any negative side effects as the CBD will actually help reverse the psychoactive effects of THC. Thus justifies why CBD oil is often recommended for those experiencing anxiety after smoking pot. As is the case with nearly any marijuana s strain in existence, one of the prominently reported negative side effects of ACDC is dry mouth, commonly known as cottonmouth which however is easily manageable, however, simply by consuming hydrating fluids such as water before, during, and after your high.

Cannabis as a Treatment for Opioid Addiction.

Passing a Medical Exam for A New Job If You Smoke Weed.

Item added to your cart

Continue Shopping Go To The Cart