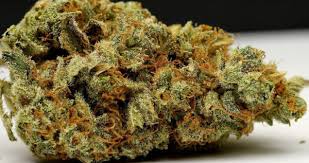 A recent clinical study conducted on patients with autism by researchers revealed that marijuana is effective and beneficial for the treatment for autism spectrum disorders appears to be beneficial. The purpose of the study was to determine the link between the use of medical marijuana and autism behavioral improvements in children with ages ranging from 18 years and below living with autism. The results revealed marijuana to be a well-tolerated, safe and effective option to relieve symptoms such as seizures, tics, depression, restlessness, and rage attacks.

The study was conducted by researchers from Ben-Gurion University of the Negev (BGU) and Soroka University Medical Center and it reported that after six months of treatment that 80% of patients reported some level of improvement.

Autistic Spectrum Disorder (ASD) refers to an extensive developmental disorder that is expressed in almost all dimensions of the development of a child.  This disorder is commonly referred a wide range of Pervasive Developmental Disorders (PDD) due to the various manifestations and symptoms.

It should be noted that marijuana has two main compounds: THC (tetrahydrocannabinol) the compound that produces intoxication when one uses cannabis and CBD, the compound in marijuana that does not produce intoxication. CBD does appear to interact with cannabinoid receptors in the brain. One CBD-infused product known as Epidiolex, has been approved by the U.S. Food and Drug Administration for the treatment of epilepsy.

Several studies have been conducted revealing CBD a as a perfect aid for anxiety so researchers thought it might aid in treating behavioral problems in kids with autism.

The researchers analysed the data prospectively collected as part of the treatment program of 188 ASD patients treated with medical marijuana between 2015 and 2017. Majority of the patients were administered marijuana oil containing 30% cannabidiol oil (CBD) and 1.5% tetrahydrocannabinol (THC). The results of the study which were published in in Scientific Reports  and which showed that after six months of treatment, 30% of patients reported a significant improvement, 53.7% reported moderate improvement, and only 15% had slight or no change.

Marijuana and Improvements in quality of life

Cannabis as a Treatment for Post-Traumatic Stress Disorder

MARIJUANA CAN SLOW AND STOP CANCER CELLS FROM SPREADING