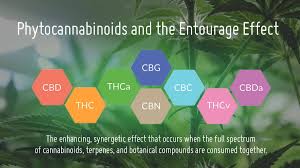 The most commonly studied commons of cannabis sativa are cannabidiol (CBD) and delta-9-tetrahydrocannabinol (THC).  These two compounds are also known as phytocannabinoids due to their natural occurrence in the cannabis plant. It should be noted that Endocannabinoids are also naturally occurring in the human body and are part of the Endocannabinoid System (ECS).  This article looks at some studies which evaluate the neurological benefits and side effects of phytocannabinoids which utilize and affect the ECS.

Some studies on Neurological Benefits of Phytocannabinoids

A clinical study was published in a review of the neurological benefits of phytocannabinoids recently in the Surgical Neurology International journal by researchers from the University of Pittsburg Medical Center published which suggested that treatment with phytocannabinoids is being done on patients with malignant brain tumors, Parkinson’s disease, Alzheimer’s disease, multiple sclerosis, neuropathic pain, and childhood seizure disorders like Lennox-Gastout and Dravet syndromes.  They also revealed  studies using cannabinoids  for the treatment of some psychiatric disorders, anxiety, depression, addiction, post-concussion syndrome, and post-traumatic stress disorders (PTSD) just to name a few.

The increased interest in the value and science of marijuana, extracts, and the ECS on human health and disease stemmed from the discovery of the ECS in the 1990s by a group in Israel, including Lumir Hanus and Raphael Mechoulam.  A book was published on the subject listing  27  conditions or diseases  including  emesis, pain, inflammation, panic, and anxiety; also included are diagnoses including: multiple sclerosis (MS), autism, PTSD, epilepsy, glaucoma, schizophrenia, cardiovascular disorders, ischemia, cancer, obesity, anorexia, Parkinson’s disease, Huntington’s disease, Tourette’s syndrome, prion diseases and psychosis,  where triggering of the endocannabinoid   has had physiological benefit for the patient related to their disease. It should be noted that the marijuana plant is comprised of hundreds of natural compounds with more than 60 being phytocannabinoids which work uniquely with the endogenous endocannabinoid system, either individually or in combination.  This justifies why the effects of some synthetic cannabinoids vastly differs from phytocannabinoids or delivery methods that utilize the cannabis plant components together for treatment.

It should also be noted that Cannabinoids are neuroprotective against the processes involved in neural cell damage as a result of overstimulation for example the fight against   neurodegenerative diseases, like Alzheimer’s disease (AD) in which the  brain cell damage causes increased inflammation .

The autoimmune disease MS is a result of neurological changes from neuroinflammation and demyelination in conjunction with neurodegeneration.  These pathological changes are also found in AD, which benefit from compounds that target the ECS.

A group of researchers back in 2014 found that the American Academy of Neurology did a review of studies using medical cannabis for clinical purposes for neurological disease or symptoms; and this research strongly suggested the use of medical marijuana or cannabinoids at that time to relieve pain or other symptoms related to spasticity.

Medical marijuana research has made the benefits of marijuana to become more widely known and has increased the potential for increased acceptance and decreased stigmatization towards this herb.

Cannabis Vaping 101: Everything a Beginner Needs to Know